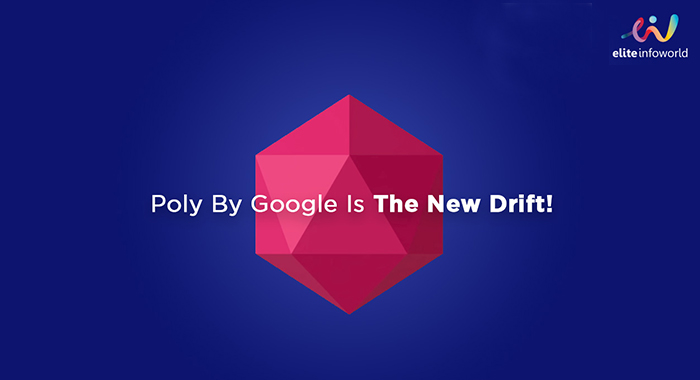 Google has always been on a quest to improvise its services for customers. With the recent shift in the technology world towards virtual reality and augmented reality, many of the app developers look for 3D images. Especially for
game developers, searching for the right 3D images is essential. The more realistic it looks, the better for the game’s visual appeal. Well, Google has recently introduced a new search engine for finding 3D images named Poly. You can simply type the object you want and download it. You must however, give credit to the source. Unbelievable but true!

Integration of Google’s tilt brush and Block tools in Poly enables direct upload of OBJ files possible. With Poly, users can find a wide range of objects – simply type it in and you can choose from a thousand search results. Developers can also make changes to these objects as required. In order to edit any object you will need to like it and it will allow you to open the object in tilt brush, where one can modify as per your requirements. The good news is that Poly is platform independent. It works well with Google’s ARCore or with Apple’s ARKit.

Is poly an advantage or disadvantage for mobile app development companies?

Using original images in games is probably the best thing to do, but sometimes in case of time crunch or when you need just a few objects to beautify your Game or VR, Poly could be of great help. Especially amateur app developers can get a headstart in their app development projects with images readily available. Poly could be an amazing resource for such developers. Seasoned developers can also shorten their development time by using direct images from Poly.

Can anyone upload their art in Poly?

Yes, anyone can upload their art on Poly. It is a great platform to showcase your talent in graphic design. You can also upload 3D objects on Poly. People can search and download your graphics to use in their games and mobile apps. Poly however, has a license where it is mandatory to provide credit to the person who has uploaded the design or graphic.

Although Google Poly is known to be of immense help in virtual reality, it does have one disadvantage when it comes to augmented reality. It is unable to place an object in it. Perhaps, this feature may be under consideration and users may be able to use it sooner – we can only wait and watch. Until then, Augmented reality cannot work with Poly!

Overall, Google’s latest endeavor – Poly is certainly poised to change the mobile games development and the Virtual Reality apps landscape. It certainly gives mobile apps development companies a leverage. You can explore and gain maximum from it to create amazing games and VR apps.