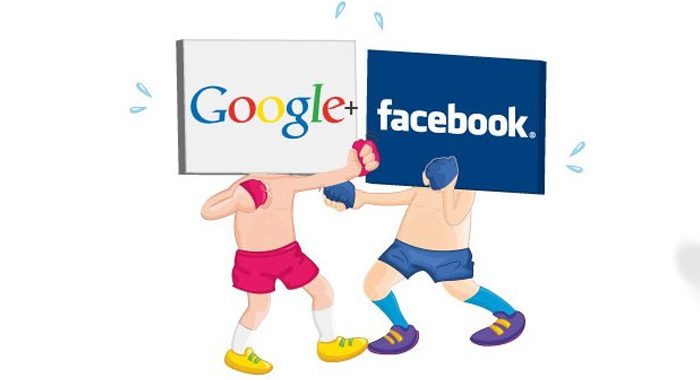 In Google+, users can search people just like Facebook and can add them in their network. Google+ has a function called “Circles” which is actually for grouping of the friends into different circles. According to these circles then you can differentiate like what information you want to share with different circles which makes sharing and communicating more personal unlike Facebook.

Another interesting function available here is “Sparks” by which user can find things like videos or article which may interest them and they can share them with specific circle. So sparks is basically present to give users information for any required area that can be useful for interacting with people in different circles.

Google has also added with the feature called “Hangout” enabling which will open up with video chat screen where other users can join and spend quality time with their circles. Even Facebook is coming up with the function/facility of video chat.

Other functionalities like instant uploading of pictures and videos from a mobile phone which can be shared only with desired circles, “huddle” which is a group chat function has already made it much popular. Certain other advantages of Google+ like its Android connection and mobile capabilities have lead to cut-throat competition with Facebook.

Elinsys is a SEO company in India that provides a wide range of SEO, SMM and Internet Marketing Services. You can Hire SEO experts from India